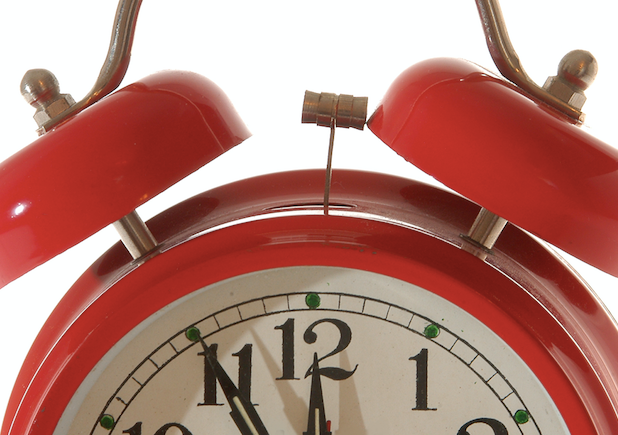 I know what you’re thinking. “Really Emily? Another blog that has to do with running?” Let me remind you- I’m the least athletic person you know, So any principle, any advice, any system that makes me want to go outside and do semi-strenuous physical activity should, in theory, make you do whatever it is you’ve been putting off as well. So you’re welcome if you read this blog and then go on to invent time travel, or whatever your big goal is.

Lately I’ve been trying to run longer distances, and turns out, it’s really hard. Here’s the thing though, it WASN’T hard in the beginning. My regular running routine was to run for 30 minutes and then stop. One day I thought, “Hm….could I do 35 minutes instead?” Then when that became my new norm I pushed myself 5 more minutes, and when THAT became the new norm I upped it 5 MORE minutes. Over the course of a few months I was capable of running 60 minutes- one whole hour- at a time.

But that, unfortunately, isn’t the end of the story because a funny thing happened when I started to run for an hour at a time semi-regularly: an hour started feeling like the absolute longest thing in the world. While you’d think it would be getting easier, it felt like it was getting harder.

I started to look down at my watch, see that only 10 minutes had passed, and second-guess myself. “50 more minutes?! I can’t do that! How can I possibly do that?!” My legs seemed to take a cue from my brain and became tired. Not because they actually WERE tired, but because I was convincing myself that they should be. This hobby was quickly becoming un-enjoyable and I needed a new plan.

How do I harness that excitement from a few months ago when I was working up toward a goal? I wasn’t tired then, I was anxious to see if I could push through to a new milestone. I needed to bring back that thrill of “just 5 more minutes!”

….so I did. Here was the new plan: every time I went out running I had to start with 30 minutes and from there, all I had to do was commit to 5 more minutes at a time. At each 5 minute internal I gave myself full permission to stop if I couldn’t keep going and would not consider it a failure. This was a mental game for sure, but one that I knew would make running enjoyable again.

It worked! Inevitably, during the first 30 minutes I think “ok, I’m going to stop at 30. That’ll be it. I’ll be too tired, it’s fine” and once in a while I do stop, but most often I keep going. Sometimes I make it to 45, sometimes 50, sometimes 60, but when I do reach those longer distances I do it without the sense of dread I was feeling before.

Using It In Our Work Lives

So how does this apply to our Time Diet productivity in our work lives? Remember, everything we do is either a Meat (difficult) Vegetable (easy) or Dessert (fun.) If you’re putting off a giant Meat task that’s been on your to-do list for a while, maybe you wrote down something too big.

We put up a mental block when we stare at a big task. Even though we KNOW the little steps that make up a big project, it’s really hard to see them through the enormity of the finished product. Don’t forget to break up your Meat tasks into smaller chunks. Yes, it makes for a longer to-do list but you’re much more likely to actually start a big task when you can easily see the smaller components you need to do. These smaller components are like the “5 more minute” chunks I started running.

Step 2: Give yourself permission to stop

When you’re in the middle of a big task, give yourself permission to step away. “Step away time” not only leads to less frustration, but if it’s a creative project, you may even find you get your best ideas when you’re not staring at a blank screen trying to think of them. An important note to remember, however, is that you lose the freedom of step away time when you choose to procrastinate. In the beginning, you have total control over when you start a project, but as the deadline gets closer and closer you have less and less control over your work timeline.

Step 3: Give yourself permission to keep going

Likewise, if you’re really “in the zone” of a task, give yourself permission to keep going, even if it wasn’t planned in your schedule. When you’re in a beautiful state of flow on a project, it can be really hard to get back into it a few days later so if you’re feeling the creative juices flow, run with it. You never know when you’ll get that motivation back.

As for me, I think I’m going to stick with this new running plan for now. I really want to sign up for a half marathon in December, but I have to figure out a different chunking strategy before then. If you’re curious if I’ve personally found benefit in applying this mentality to other things, the answer is “yes” I definitely have. I’ve been knee-deep in presentation design recently and if you’ve ever stared at a one paragraph description of an amazing training you promised to give….and then looked back at your blank PowerPoint slides you know the feeling I’ve been up against. But the “5 more minutes” strategy has really helped push me through, by breaking up the work into tiny bite sized tasks and tackling them systematically.

Has it ever worked for you? Let me know!

What People Are Saying

Copyright Emily Schwartz 2018. “The Time Diet” is a registered trademark. All rights reserved.